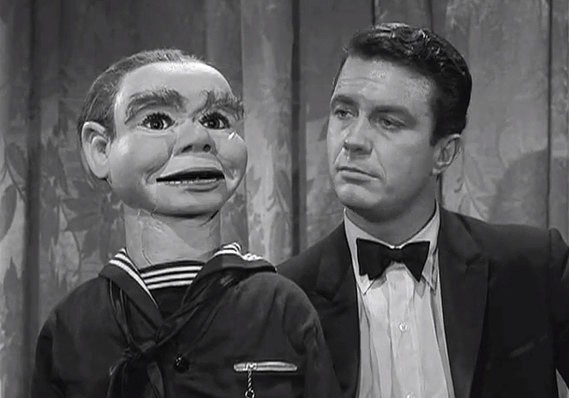 In 1959, The Twilight Zone debuted on CBS. Sixty years later, the groundbreaking series still runs regularly on cable TV, NetFlix, or can even be purchased on ‘GASP’ DVD and Blu-Ray.

Deliver a quality product.
The writing on The Twilight Zone was consistently excellent. Rod Serling was a gifted writer who penned many of the episodes himself. He also adapted short stories by some of the best authors of the day. And the show featured performances by such talented actors as Robert Duvall, Buster Keaton, Carol Burnett, Peter Falk, Dennis Hopper, Cloris Leachman, Robert Redford, Mickey Rooney, Burgess Meredith, Dick York and William Shatner. As a direct result of having top notch writers and actors, Serling delivered a quality product in nearly every episode. That’s what you need to do in your business as well. Do whatever it takes, use whatever resources are necessary to deliver a first in class product and experience for your customers.

Engage people emotionally.
Most episodes did one of two things: 1) presented a sympathetic protagonist we could easily root for, or 2) showcased a villain we wanted to see punished. Either way, the audience became emotionally involved. The show routinely played with fear, anger, jealousy, greed, hope and other emotions. Remember this.  No matter what your business, people purchase based on emotional and “pain” triggers. They then justify that purchase with logic. You need to ask your clients questions to find out what their pain is and offer the solution.

Create a memorable experience.
When you finish watching a Twilight Zone episode, it stays with you. Whether it’s the powerful story, the emotional connection with the characters or the plot twist at the end, nearly every episode leaves an impression that lingers long after the credits have rolled. Do the same thing in your business, during each stage of the process of communicating your message with them. When they walk away, you should have no doubt that they would  do business with you again, or refer others to you.

Be different.
Throughout the show’s five-year run, Serling often clashed with the network because the topics he wanted to tackle hadn’t been done on TV up to that point. Over the course of its 156 episodes, The Twilight Zone addressed a wide range of issues including racism, gambling, war, aging, the fear of death, the ideals of beauty, the dangers of technology and what it means to be human. The insights, critiques and commentary the series offered on society, governments and human nature still hold up today.

In business, I like to call this being “unique.” What is it about you, your company, product or service that is different than anyone else in your same market? If you can’t think of anything, you’re just a commodity and people have no real motivation to work with you.  You need to take an inventory of what makes you different and leverage those in your marketing messaging.

Here are a few quotes from the series that can easily translate into your business ideas:

“Being like everybody is the same as being nobody.”

“Coming up with ideas is the easiest thing on earth. Doing something with them is the hardest.”

“Imagination… its limits are only those of the mind itself.”

“There is nothing in the dark that isn’t there when the lights are on.”

“You’ll never make it great at anything by playing it safe.”

As always, I welcome your comments about this post. I’d love to hear from you.

If you’re serious about discovering your uniqueness, I invite you to take the Leadstra 2-minute EPIC Influencer Challenge. It’s 100% free and can help you really skyrocket your business. Click the image to take the challenge: 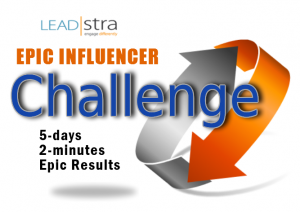