Lee Cornell began his journey into the world of Internet marketing when he launched his first website in 1997, when the Internet was fairly new to the general population.

One of his passions is the art of ventriloquism, So, using his degree in film and television production, Lee produced his first product, his “Ventriloquism 101” video course. He launched his website www.ventriloquism101.com in the summer of 1997. He placed some small classified ads in two popular magic magazines and was soon selling his VHS video via mail.

Since 1997, Lee has sold over 6,000 copies of his video course and his website has grown from a single page made with Microsoft Publisher, to a multi-page site that sells dozens of products. The website ranks in the top 10 of most search engines (out of approximately 500,000 results) on the keywords “ventriloquism”, “ventriloquist” and  “learn ventriloquism.” 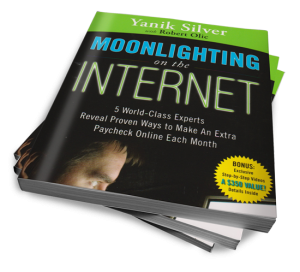 And his copy writing talents were featured at a multi-day bootcamp for online entrepreneurs, put on by another marketing expert, Dave Dee, who is a business partner with legendary marketer, Dan Kennedy.

Recently, Lee has decided to focus on the newer model of selling using digital products and membership sites. And to expand into larger niches. Plus, he’d also like to be able to teach people how to do the same thing.

Hey, you study a lot of people when you’ve been online for so long!

You can click the images to see more information.
He’ll be launching his next product soon.

He also began working with Leadstra, a company that coaches and helps people find their true career passion.

Lee is married and has two fantastic kids. He lives in Greenwood, IN (near Indianapolis).
Besides ventriloquism, Lee has been a professional magician, singer and guitar player for over 35 years.
He also loves marketing, video production, cartooning and doing voice over work.